The Shikoku is not a large Shiba! These loving dogs are honest, straight forward and open in their approach to people. Submissive to the family, alert, and curious, they are tenacious trackers and energetic companions.

Males are about 52 cm (20 inches) at the withers and females are a bit longer and not quite as tall (46 cm). Colours are sesame, black-sesame, red-sesame and black and tan. The Shikoku shares its coat type with most Nordic breeds having a dense undercoat with coarse top guard hairs. The tail is carried curled on the back.

It is important for the Shikoku owner to consider the original purpose and breeding goals of the breeders so many years ago. The Shikoku was, and still is, primarily bred to hunt. Technically it is categorized as a Primative Nordic Spitz Scent Hound. With this in mind a fenced yard is a must as well as keeping your Shikoku on leash; your Shikoku wants to hunt and as such, off leash, he may not be willing to recall.

Primative breeds also tend to be dog aggressive. Early socialization with other dogs and people is a must to ensure that your Shikoku’s tendency towards dog aggression is minimized. Early exposure to sights, smells and sounds help build puppy confidence.

I suggest you take a look at (or join) the Nihon Ken Forum an excellent place to learn about the Shikoku as well as other native Japanese breeds.

Other places to visit for more information are Shikoku Canada, the Canadian Kennel Club, the American Kennel Club and perhaps if you are a Facebook person at I love my Shikoku or Shikoku Shenanigan’s.

ORIGIN: Japan.
Date of publication of the original valid Standard: 05/06/1995 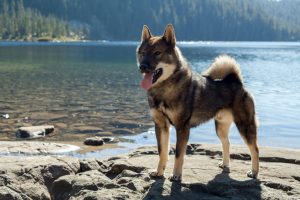 This breeds ancestors were medium-sized dogs that existed in Japan in ancient times.  The Shikoku was bred as a hunting dog, mainly for hunting boar and deer in the mountainous districts of the Kochi Prefecture on the island of Shikoku.  It is sometimes called “Kochi-ken” (ken = dog).  There were three varieties of this breed; Awa, Hongawa and Hata, all named after the area where they were bred.  Among them, the Hongawa maintained the highest degree of purity because the breeding area was not easily accessible from anywhere.  These dogs are tough and sufficiently agile to run through a mountainous region. They are characterized by their sesame coloured coats. The breed took on the name of the region (island of Shikoku) and was designated as a “natural monument” in 1937 by Japan.

GENERAL APPEARANCE: A medium-sized dog with well-balanced and well-developed clean-cut muscles. It has pricked ears and a curled or sickle tail. Conformation: strong, well boned and compact.

IMPORTANT PROPORTIONS: The ratio of height at withers to length of body is 10:11.

BEHAVIOUR/TEMPERAMENT: A dog of marked endurance, keen in sense with a naive feeling, energetic and highly alert; an enthusiastic hunter; docile towards his master. 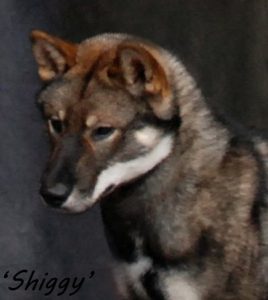 Check out the News page for the latest information about Akashima breeding plans, Shikoku Rescue and interesting Shikoku stuff. 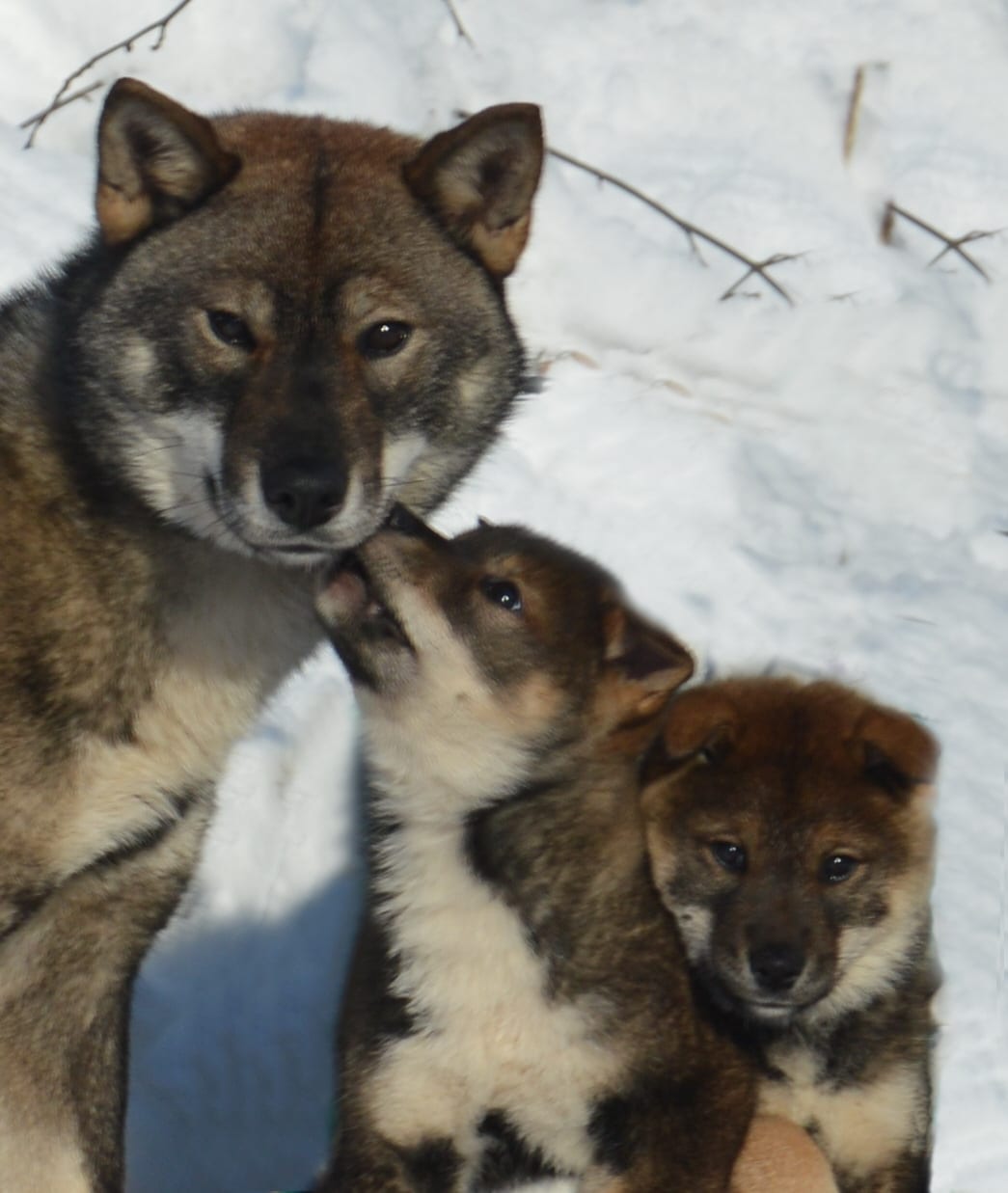 Akashima’s and my (Katja Weber) mission has always been to breed healthy breed standard dogs. To…   Continue